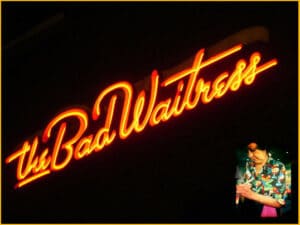 A social media site recently included a story by a plus-size person who ordered a certain treat at a restaurant. Reportedly the server asked, “Do you really need that? It’s fried and so unhealthy. I don’t think you should order that.” The customer immediately called the manager, who apologized, and together they agreed that the staff member would not only bring the treat, but pay for it herself, and not receive a tip from that table.

The customer was happy to see the accused fat-shamer being shamed and reprimanded, which seems to be a sentiment shared by many. Nicole Saphier, M.D., has some things to say about the trend. Sure, she lays accountability for the current high rate of child obesity on electronic devices and pandemic precautions, but doctors also come in for a share of censure because they are now, allegedly, afraid to discuss the matter with their patients on account of the fear that they will be accused of fat-shaming. She says,

Doctors have been told to refrain from using words such as “overweight” and “obese,” widely accepted medical terms, and to instead replace them with phrases like “above a healthy weight” in an effort not to make someone feel bad about excess weight.

The American Academy of Pediatrics urges avoidance of shaming and asks for sensitive and non-stigmatizing language to be used, which in Dr. Saphier’s opinion, does nobody any favors. In her view, this tip-toeing around focuses more on the potential emotional damage that children might suffer from being told they are fat, and ignores the importance of doing something about their ballooning weight statistics. She warns against social media influencers who attempt to “cultivate a platform to promote plus-sized bodies,” and has stern words for “the trending movement advocating for body positivity and self-love.”

She advocates better access to unprocessed foods and is in favor of a home-based approach to reducing childhood obesity, which should include improved eating and exercise habits among the entire family.

Dr. Saphier also mentions a convoluted mini-conspiracy theory apparently shared by others. This consists of a notion that the body-positivity people are denigrating exercise because it was first suggested to Americans as a way to protect themselves against the flood of immigrants who arrived in the early 1900s. According to this mindset, people are being brainwashed into thinking that exercise is a white supremacist activity (remember, Hitler was all for it!) so now, weak-minded Americans have been persuaded that it is better for them to get fat than to appear racist.

While acknowledging that body positivity is important for individual mental health, the writer says,

The key message should not be fat versus thin, rather, the focus should be on lowering the risk of preventable chronic conditions… Ultimately, it is vital to acknowledge excess body fat is risky… From a medical standpoint, the normalizing of obesity must end to prevent the overwhelming amount of chronic illness that is sure to ensue.

The doctor does have a point, in that people’s opinions on these issues have become increasingly polarized, as exemplified by this anonymous social media protest:

If you somehow think that fatphobia isn’t as bad as other types of oppression and don’t even realize how it’s literally intertwined with racism, sexiism, classism, homophobia, etc. please just do this world a favor and leave.

Source: “I’m a mom and a physician. ‘Fat-shaming’ fears are putting our kids in danger,” FoxNews.com, 01/10/23
Images by Tadson Bussey and heymrleej/CC BY-SA 2.0